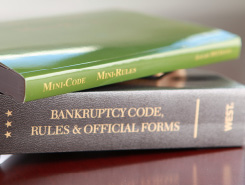 "The purpose of law is to prevent the strong from always having their way."